This Is A Custom Widget

This Sliding Bar can be switched on or off in theme options, and can take any widget you throw at it or even fill it with your custom HTML Code. Its perfect for grabbing the attention of your viewers. Choose between 1, 2, 3 or 4 columns, set the background color, widget divider color, activate transparency, a top border or fully disable it on desktop and mobile.

We like to think of ourselves as passionate storytellers who love all things film; from geeking out on post production workflow to the fine points of distribution.   We pride ourselves on the diversity of the films we create and we don’t leave a stone unturned when it comes to perfecting our films or making sure they find their audience.

We launched our first feature, English as a Second Laguage, starring Kuno Becker, Maria Conchita Alonso and John Michael Higgins.  The film premiered on the Showtime Networks and had a successful festival run. ESL is a timeless love story that tracks a young man’s journey from Mexico to the US to support his family and a young woman’s journey of self-discovery.

In 2010, we embarked on the gut wrenching drama Bedrooms, 4 evocative short intertwined stories with multiple writers and directors at the helm. Bedrooms stars Julie Benz, Moon Bloodgood, Xander Berkely and Barry Bostwick.  “Bedrooms” also had a strong festival run and premiered on the Showtime Networks.

In 2011, we proudly produced Filly Brown, a story about a tough female rapper as she transforms from underground street rapper to pop stardom.  The film stars Gina Rodriguez, Edward James Olmos, Lou Diamond Phillips and the late Jenni Rivera.  Filly Brown made its World Premiere in Dramatic Competition at the 2012 Sundance Film Festival and was released by Lion’s Gate/Pantelion on over 200 screens.

In 2013, we delved into the psyche of a killer in Enter the Dangerous Mind, a dark pshychological thriller starring Jake Hoffman, Nikki Reed and Scott Bakula.  The film is set in the underground EDM world, tracking the dark descent of a musical savant.  The film premiered at the 2013 SXSW film festival.

In 2015, we wrapped production on The Bounce Back, a light hearted romantic comedy about a best selling relationship book author, who, on a whirlwind promotional tour meets a therapist who thinks he’s nothing more than a charlatan. The film stars Shemar Moore, Bill Bellamy, Nadine Velazquez, Cheryl Underwood and Kali Hawk. 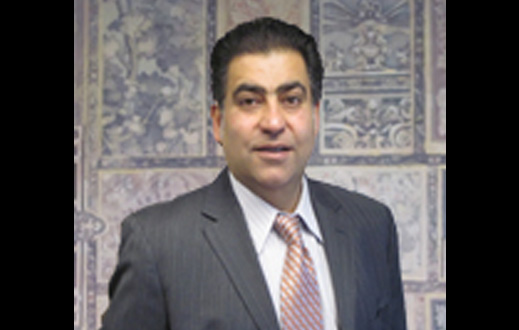 Amir Delara is the CEO, Founder and Executive of Financing for Cima Films Inc. In 2001, Mr. Delara formed Cima Films, a commercial production company specializing in Latino media and markets, to provide marketing and advertising services for his various businesses. Having placed over four million dollars in Spanish language television, radio and print advertising, Mr. Delara’s Cima Films made a successful business of effective communication with the Latino community.

In 2004, Delara decided to apply his creative instincts and the infrastructure of his marketing enterprise to expand into filmed entertainment. Amir Delara teamed up with his brother, Youssef Delara to produce the company’s first independent feature film, ENGLISH AS A SECOND LANGUAGE, written and directed by Youssef Delara. The film went on to win countless awards and launched Cima Films’ string of successful feature films, which include: BEDROOMS (2010), FILLY BROWN (2012), ENTER THE DANGEROUS MIND (2013), and THE BOUNCE BACK (2015). Currently, Mr. Delara is actively developing multiple feature films across many different genres including the Latino themed family film, LIKE FATHER LIKE SON. 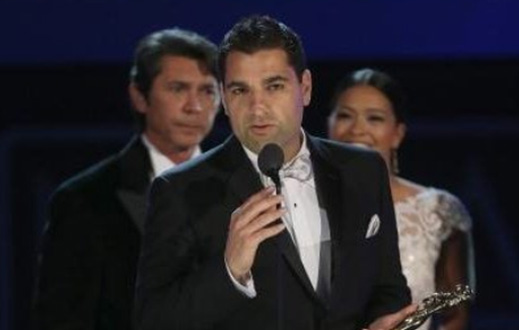 Youssef Delara began his career in the film industry in visual effects. He began as a Visual Effects Associate on the highly successful Paramount Television series, STAR TREK: DEEP SPACE NINE, where he advanced to become the Visual Effects Supervisor. He went on to produce visual effects for STAR TREK: VOYAGER as well as sequences for the popular STAR TREK feature films, GENERATIONS and INSURRECTION. After a stint working on another visual effects heavy television series, Universal Studio’s BURNING ZONE and two heavy visual effects features, THE KARATE DOG & BABY GENIUSES 2, he turned his sharp visual and editorial skills to feature films.

In 2004, Youssef and Amir Delara teamed up to produce Cima Films’ first independent feature film, ENGLISH AS A SECOND LANGUAGE, written and directed by Youssef Delara. The film went on to win countless awards and launched Youssef Delara’s string of successful feature films, which include: BEDROOMS (2010), FILLY BROWN (2012), ENTER THE DANGEROUS MIND (2013), and THE BOUNCE BACK (2015). Mr. Delara is currently writing and developing multiple feature films including the highly anticipated urban comedy, HOW TO EXPOSE A PLAYER.